SuiteSource Inc. is an international candidate recuitment company specialized in acquiring NetSuite professionals from around the globe to fill critical roles and ease business hiring processes.

With a database comprising an extensive pool of highly skilled professionals to suit unique client needs, SuiteSource hires for contract and permanent positions, deploying a proactive approach to presenting high-caliber candidates to clients. 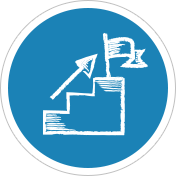 Navigating through a competitive industry environment that deals with sourcing candidates for an array of businesses, SuiteSource’s accounting processes were efficiently handled through NetSuite. However, the company’s core recruitment processes were dealt with manually, through external softwares like MS Excel, WordPress and MS Word. The absence of an ATS system that could integrate to their NetSuite accounting instance fuelled the recruitment process challenges for SuiteSource, in many ways.

With the entire applicant tracking process executed manually through Excel, the candidate and recruiter emails were also not tracked correctly making it a time-consuming effort. Each job posting had to be manually created in WordPress on the career page of the company’s website and there was no centralized repository for the applicant information and resumes. Interviews were set up manually via separate email calendars and meeting applications; and a system to track applicant status at different stages of hiring (interview, approval, job offer hired), was absent too. Moreover, the closed/fulfilled job postings had to be manually tallied by reviewing each job posting separately in Excel. 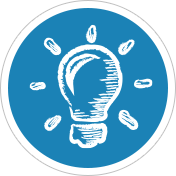 As a first step, the ATS360 application was implemented for SuiteSource, pushing the company’s entire recruitment process inside NetSuite, with ATS360. This was followed by automating the entire recruitment workflow which was centrally managed by the ATS dashboard, rendering full visibility into the end-to-end recruitment processes managed by the company.  With a built-in ATS360 functionality, the recruiters could now send and track emails to candidates with the click of a button.

The recruiters at SuiteSource were also able to publish job postings through the ATS360 career portal wherein, applicants can view details of a job opening as also directly apply for a specific job posting. Each application was also automatically created in ATS360, that could easily be tracked by a recruiter. Moreover, every job application record, featured a functionality that enabled recruiters to generate/ compose emails, and at the same time create interview invites to send directly to specific candidates. Additionally, once interviews were conducted, an automated feedback message was sent to interviewers to provide interview-related candidate information. This in turn was automatically fed back into the ATS360 job application record of the specific candidate. In the interview module, the recruiters were also able to track scheduled interviews.

All job applicants were stored in the resume database pool where recruiters could refer to them for future job openings too. Recruiters were also capable of searching for specific skills, certifications and details from within the resume database, so as to find suitable candidates for a job opening. With the centralized resume database, the recruiters gained full visibility into different candidates, and were able to choose and invite specific candidates for a job posting using the invite candidates module. Using the ATS360 dashboard, the recruiters get a 360-degree status view of the different stages (interview, approval, job offer, hired) of applications received. Enabling recruiters to easily move a candidate from one stage to the other, the system also aided in sending automated emails to unselected candidates.

The Job opening module in ATS360 tracked multiple job applications for SuiteSource at the same time, rendering full visibility into the total headcount for each job posting and automatically tallying the balance headcount needed, in one unified system. With the resume parsing feature, the applicants using the career portal could now automatically pre-fill the application form fields, thereby eliminating manual processes and generating high candidate interest in listed job openings. Moreover, applicants that were unable to find a job opening fitting their skill set, were still provisioned to share their resume for future references, through the career portal, thereby retaining them in the resume pool.

The ability to customize the look and feel of the career portal was also incorporated, facilitating a standard and personalized portal environment to operate within. With the elimination of archaic softwares and processes, and the implementation of ATS360, NetDynamic’s team of NetSuite specialists facilitated a robust platform for SuiteSource to run and have full control of their recruitment processes in one system. 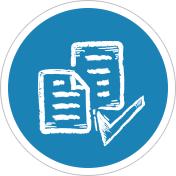 With SuiteSource tracking 100s of jobs and applications on a day-to-day basis, the implementation of NetDynamic’s NetSuite native, ATS360 automated their entire recruitment process within a unified system.

Moreover, the resume parsing feature generated a 40% surge in applications received for a job posting as compared to the previous instance. With business productivity witnessing a 70% surge, the SuiteSource team reported particular improvements in cost savings in terms of more output from each recruiter, enabling them to process more job openings and applicants as compared to the previous manual processes. For instance, earlier where a recruiter processed 4-5 applicants per day, were now processing 15-20 in a day’s time, thereby boosting productivity and cutting costs significantly.

All in all, with ATS360, a 360-degree view of every job posting and application fostered higher visibility and control, thereby improving SuiteSource’s overall business and recruitment processes.

“With NetDynamic’s ATS360, our team was able to automate tedious and repetitive hiring processes and eliminate time-consuming tasks, enabling us to focus on other important engagements.”